En, Germany) had been used for routine cloning experiments and for enzyme
En, Germany) had been made use of for routine cloning experiments and for enzyme overproduction, respectively. Molecular biology tactics. Plasmid DNA (pTC9) was extracted employing the methodology described by Hansen and Olsen (six). The PER2encoding gene was amplified by PCR from plasmid pTC9, using U Pfu DNA polymerase (Promega, USA) and 0.four M PER2BamF (5TCAT TTGTAGGATCCGCCCAATC3) and PER2SacR primers (5CTTTA 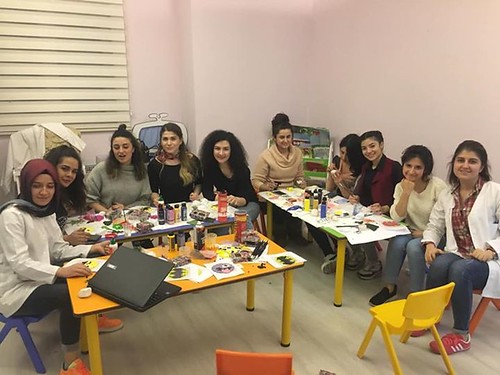 AGAGCTCGCTTAGATAGTG3), β-Sitosterol β-D-glucoside price containing the BamHI and SacI restriction internet sites, respectively (underlined within the sequences), developed for permitting the cloning on the mature PER2 coding sequence. The PCR product was first ligated in a pGEMT Quick vector; the insert was sequenced for verification in the identity of the blaPER2 gene and generated restriction web sites, also because the absence of aberrant nucleotides. The resulting recombinant plasmid (pGEMTblaPER2) was then digested with BamHI and SacI, and also the released insert was subsequently purified and cloned inside the BamHISacI web sites of a pET28a vector. The ligation mixture was made use of to 1st transform E. coli Top0F competent cells, and soon after selection of recombinant clones, a second transformation was performed in E. coli BL2(DE3) competent cells in LB plates supplemented with 30 gml kanamycin. Chosen optimistic recombinant clones had been sequenced for confirming the identity with the blaPER2 gene, and from them the recombinant clone E. coli BLPER2BS harboring the pETblaPER2 plasmid was made use of for protein expression experiments. The resulting construct expresses a fusion peptide which includes a mature PER2encoding gene plus an further sequence containing a 6 His tag and a thrombin cleavage internet site. DNA sequences have been determined at the GIGA facilities (Liege, Belgium). Nucleotide and amino acid sequence analyses had been performed by NCBI (http:ncbi.nlm.nih.gov) and ExPASy (http:expasy .org) analysis tools. PER2 production and purification. Overnight cultures of recombinant E. coli BLPER2BS (harboring pETblaPER2 plasmid construction) were diluted (50) in 2 liters LB containing 30 gml kanamycin and grown at 37 to ca. 0.eight optical density (OD) units ( , 600 nm). In an effort to induce lactamase expression, 0.4 mM IPTG (isopropyl Dthiogalactopyranoside) was added and cultures had been grown at 37 for three h. Immediately after centrifugation at 8,000 rpm (four ) in a Sorvall RC5C, cells were resuspended in sodium phosphate buffer (20 mM [pH 8.0]) and supplemented with 3 Uml Benzonase (SigmaAldrich, USA), and crude extracts were obtained by mechanic disruption in an EmulsiFlexC3 homogenizer (Avestin Europe GmbH, Germany) soon after three passages at ,500 bar. After clarification by centrifugation at 2,000 rpm (4 ), clear supernatants containing the PER2 fusion peptide were filtered by .6and 0.45 mporesize membranes before purification. Clear supernatants were loaded onto 5ml HisTrap HP affinity columns (GE Healthcare Life Sciences, USA), connected to an TA purifier (GE Healthcare, Uppsala, Sweden), and equilibrated with buffer A (20 mM sodium phosphate buffer [pH eight.0]) and 0.five M sodium chloride. The column was extensively washed to eliminate unbound proteins, and lactamases were eluted with a linear gradient (0 to 00 at a two mlmin flow price) of buffer B (buffer A plus 500 mM imidazole [pH eight.0]). Eluted fractions have been PubMed ID:https://www.ncbi.nlm.nih.gov/pubmed/9758283 screened for lactamase activity through purification by an iodometric program making use of 500 gml ampicillin because the substrate (7), followed by SDSPAGE in 2 polyacrylamide gels. Active fractions had been dialyzed against buffer A2 (20 mM TrisHCl buffer [pH.