Observations in this study. qPCR validation analyses confirmed the differential regulation
Observations in this study. qPCR validation analyses confirmed the differential regulation profiles of a lot of entities such as cFOS, FAS, CD63, BIRC3 plus the interferon regulated entities GBP and GBP6. Other entities located to become hugely differentially regulated (FC two.0) but not statistically considerable incorporated, IL8, IRF, STAT, PLAC8, CPVL, IFNGR, SOCS3, SOD2 and ANPEP amongst others. cFOS and IL7R have been once again found to become regulatory linked and each exhibit weak upregulation to week 2, sturdy downregulation at week 4, then some observed recovery at week 6 (provided in Figures M N S6 File). FAS and PLAC8 have been incrementally upregulated to week 6, and CD63 exhibited sturdy upregulation at weeks four and 6 together with GBP and GBP6 and also other interferon regulated entities (but once again no apparent Variety I or II interferons) from week two onwards. Some IFN, IL0 and Il expression was observed in the CN animals at week four. These final results again indicate a step modify in immune regulation between weeks two and four and may recommend an apparent downregulation of entities constant with loss of essential immune (perhaps Tcell) activities, with an increase in interferon regulated activities and an increase in entities associated having a far more myeloid celldriven response. This response is observed in animals from both lineages. There’s tiny proof of a PubMed ID:https://www.ncbi.nlm.nih.gov/pubmed/25132819 Tcell response within the MNderived animal’s pre or postchallenge, nonetheless very good evidence of Tcell activity (mostly CD8) is observed in the CN animals. The outcomes presented in this study showed 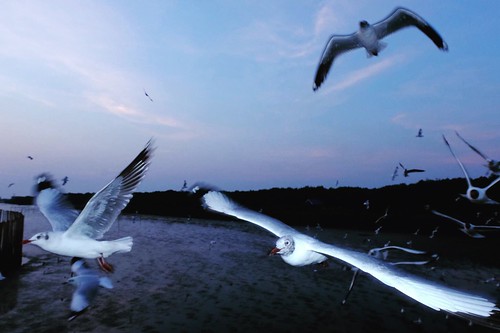 evidence of a polarised immune response amongst the two NHP lineages, using a robust adaptive (albeit maybe ultimately abortive) immune response evident in the CN lineage animals, with overrepresentation of T cellderived markers e.g. CD2, CD8 and CD8, CD4 and IL2R etc. to a minimum of the two week timepoint and an apparent lack of expression these markers in MNderived animals at any timepoint. The CN animals appeared to downregulate Tcell markers at 4 weeks like CD4, CD3 and CD3B. Even though CD4 expression may be partially restored in the 6 week timepoint, restoration of CD3 and CD3B expression was not evident. Downregulation of CD3 Tcell receptor MedChemExpress FRAX1036 subcomponents has been observed previously around the website of granulomas [89], although commensurate downregulation of CD3 was not observed. This may possibly be coincident with increasing expression of GBP which, as well as other antimicrobial functions [90], could also function as a Tcell receptor regulator [9]. These animals do also show some evidence of IL0 and IL expression at the four week timepoint by qPCR. In contrast, there is strong constitutive expression and thereafter a further boost from the myeloid marker CD33 in the MNderived animals, commensurate with rising upregulation of cell connected inflammatory markers like ILR and IL8R. They seem to exhibit proof of aPLOS One DOI:0.37journal.pone.054320 May well 26,25 Expression of Peripheral Blood Leukocyte Biomarkers in a Macaca fascicularis Tuberculosis Modeldefective Tcell response and this may perhaps be connected towards the innate predominance of a CD33 (Siglec3)expressing myeloidtype immune cell. As stated previously, CD33 has been associated previously with acute myeloid leukaemia in humans [92]. The siglecs are a family of antiinflammatory immuneregulatory sialic acidbinding immunoglobulinlike lectins [93,94], perhaps via direct association with TLRs [95]. Other extremely differentially regulated but not statistically important marke.